Edward Chism: His Memory, His Story 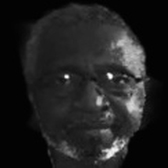 Courtney: So I just want to start this off, just state your name, what your role was and your age.

C: So my first question for you, is if you can talk about your participation or involvement in the war. Was it voluntary or were you drafted?

E: Ok, I was 29 years old when I got orders to go to Vietnam. Air Force is different than Army, Navy, and Marines. Most of those people are drafted, the air force is all volunteer, so you had to go wherever they sent you. You had no choice, no role in it. At the time of the Vietnam War, most of the air force people didn’t want to go over to Vietnam. One main reason was that in the Army and the Marines, they travelled as a group. They got combat training before they even went to Vietnam. In the Air Force, we got no combat training. I got about 2-3 hours at a gun, rifle range, learning how to load a rifle, how to take it apart, how to clean it. I wasn’t trained to come in contact with Vietnam, which I never did come in contact with the enemy, but the base I was on got shelled and rocks thrown at them 2-3 times a month. So my role in the war, was I wasn’t fighting in it, but I was getting hit.

C: Well what were your duties while you were there?

E: While I was in Vietnam, I was the overseas switchboard operator, and I was stationed at Nha Trang Air Force Base, and the switchboard, the main switchboard was located in Nha Trang. So I worked, was inside an army compound, because the army had to guard that switchboard, that switchboard couldn’t get bombed. So there was only like about 15 of us, Air Force, on this army compound. Everybody else, maybe 400 or 500 Army soldiers, guarded the compound and guarded the switchboard. I was the overseas switchboard. All the calls coming in to Vietnam from the States, and all the outgoing calls from Vietnam to the States, had to come through my switchboard. Oh I was very popular. We controlled all the incoming calls.

C: I know you said you didn’t get any training, but did you feel like everything you did receive prepared you for what you experienced in Vietnam?

E: No, it didn’t. I mean how can you prepare yourself for war. If you never been in a war, you’ve never even heard of the country that you’re going to, you don’t know why you are going to fight, I mean, I didn’t personally know any Vietnamese before I went over there, so it was like I had a sense of duty, I was in the military. You either go to Vietnam or you go to jail. Grandpa wasn’t going to jail. I went to Vietnam, I wasn’t going to worry about it. Of course I was scared, but not scared to the point that I didn’t go.

C: So you talked a little about your job, so did you see any combat when you are Vietnam?

E: As I said before, I never came in contact with the Vietcong, but I experienced attacks by Vietcong. They shelled our base about 2-3 times a month. What would happen though was, when they would shell the compound or the base the sirens would go off, and it was really loud. The sirens were right next to where I worked at, and if you were in the compound, at that time, the Air Force would go to a bunker, and the Army personnel would go spread out and fight or whatever they had to do, and the nonessential Army guys would go to the bunker with us, and about 10 minutes after they’d start shelling us the helicopters would take off.

C: Have you felt the government has helped you in terms of the effects of Agent Orange?

E:  I had all these people coming to my hospital room taking care of me. Everyone- physical therapist, occupational therapist, a dietician, everybody. I’m 100% disabled at this time, but the VA has taken very good care of me. They’ve given me a stair lift, where I can go up and down my steps, they remodeled my bathroom. They have done everything. But I have one motto- whenever I go to the hospital, I take your grandma with me. To have an advocate, I never go to the VA or anyplace without an advocate. I think that’s wrong with most people today- they don’t have an advocate. I have one in your grandmother. She’s an excellent advocate.

C: Did you have any difficulties readjusting once you got home? I know you said some veterans did.

E: No. When I got home, I was home. But I guess I’m more of a stronger person. I do what I have to do. Then as soon as I got home, I’ll tell you one thing, when I came back from Vietnam. I never talked about the experience over there. To no one- not my family. I just never talked about it. In fact the only reason why I really started talking about it now is because I have cancer, and I had to go back over where I was at in Vietnam and what I was doing to catch Agent Orange. But I never spoke about anything that happened when I got back from Vietnam to anybody.

C: Did you feel any racial tension, just among the troops within Vietnam?

E:  You have to remember there were very few blacks over there at the time, so most people stayed together, but I never had, never experienced racial tension, nothing over there, because it is a war. You don’t have time for that when you’re at war. So most of the blacks, there were very few of us, we all greeted each other as a group. Whenever we saw someone who was black, what you all call today is a high-five, but when we were in Vietnam we did this thing called a ‘dap’. We dapped for 5 minutes, it wasn’t just this hand slapping. When you just hand slapping you don’t get that feeling, but when you were in Vietnam and you did the dap, you look at a guys eyes, you didn’t need to look at his hands, you look at his eyes and you could tell which way he was going to go- up, down side, for 5 minutes. Some of the guys were real good at it, but the dap, what you guys try to do as the high five today started with the dap, and you guys ruined it. You can’t get that feeling. It’s just like nothing.

C: It became a sense of bonding for you all.

E: That’s exactly right it was a bonding, but I never experienced any racial tension over there, and you know most ethnic groups kind of, if you were in the army you stayed together, no matter if you’re white, black, yellow, green or whatever you were always together. You were a family no matter what.

This entry was posted in American, Racism, The Draft, US Air Force, Viet Nam. Bookmark the permalink.

Edward was born on September 24, 1940 to Edward Sr. and Ruth Chism in Philadelphia, Pennsylvania. At 18 years old, Edward left Philadelphia to join the Air Force in order to help his mother take care of his siblings. During his tour in the Air Force, Edward worked in communications as a teletype, switchboard and radio operator. He was assigned to Alaska for 2 years before being assigned to the Pentagon. Over the course of his career, he was stationed in Virginia, New York, twice in Hawaii, and Vietnam. Edward spent 26 years in the Air Force, receiving numerous medals and awards, including the Air Force Commendation Award. His most exciting memory was being the radio operator on President Ronald Reagan’s Air Force One, where he had the chance to sit in the President’s seat, while they used the aircraft to test the Air Force’s communications. Edward’s last assignment was in Nebraska. After retiring from the Air Force, Edward worked for the U.S. Post Office. Edward lives with Ida, his wife of 54 years. They have three children, eight grandchildren and three great-grandchildren. Three years ago, Edward was diagnosed with multiple myeloma, 40 years after his exposure to Agent Orange in Vietnam. Since his diagnosis, Edward has undergone chemotherapy and is being taken care of by his family. His goal now is to enjoy life and set a good Christian example for his family, friends, and anyone whose path he may cross.