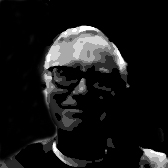 I’m Donald J. Street, and I was drafted out of college at 19, and I had a construction background. I built homes with a local builder in Blissfield, Michigan, and he was a great mentor for me and because of that relationship and my building experience, the army put me into a combat engineer unit so they could take advantage of my construction capabilities and what I had learned as a civilian. They sent me off to a combat engineer school in Fort Leonard Wood, Missouri, and I trained in multiple things– bridge building, how to build bunkers, how to build roads, how to build airstrips, how to care of land mines– that’s part of what the combat engineers mission is. After that was over, in the fall of ‘68, I was sent to Vietnam. They sent me to a small town in Vietnam now which was called Duc Pho It was the home of the 11th brigade 11th infantry brigade. and I was assigned to company C26 engineer battalion, and our mission was to support the 11th brigade in their mission, and our role of supporting them was to clear landmines, build roads, bridges, bunker complexes, and all that that type of stuff to support their role in the in the Vietnam War.

I was uh kind of a jack-of-all-trades. When I went to Vietnam, I was 10 days late on my orders because my wife was pregnant with Laura’s mother, and so I missed going to vietnam with all the people I was trained with. So when I got to Vietnam I was all by myself assigned, to a different unit so they took me under their wing and realized I had some experiences, but I didn’t really have an assignment with them, so they signed me to their headquarters platoon and I worked in the operations department for a while. I was able to get a top secret clearance, I shuffled paperwork as a courier back and forth to Duc Pho for the 11th Brigade. That afforded me a great opportunity to see the country from the air and you could just see how how beautiful the country really was. We were sandwiched between the South China Sea to the East and the mountain range to the West and Route 1 ran up and down the coast. Part of our mission was to clear that from landmines every morning so we had a squad that would go out and do that every day, open that road up to traffic. I had some surveying experience so I was the company surveyor for a while. The male guy got sick and so I took over the mailroom for a while.

Question: What were your interactions with the Vietnamese civilians like?

The Vietnamese people were just warm and wonderful and it was hard to see them living through the many years of turmoil and war that they grew up with. They knew nothing but war because they’ve been involved with war since the 1950s in the 1940s with different countries occupying them. Before we were there the Japanese and the French and the country was torn apart. The bridges, the infrastructure was basically demolished and the people were just making do with what they could do. The local villages would support themselves from the land, basically they lived off of the land. Sometimes they didn’t have access to get to their larger cities for long periods of time and so you could see that it was hard on them.

For several months as I was going down to the village to get ice and to do other things, a lot of my conversations were… There were some nuns at the catholic diocese that ran the orphanage and we’d spend a little time talking with them and they’d let us go into the classroom and talk to the kids occasionally and give them certain things that we may have to kind of help them in their education. And that was always always touching and kids always loved to see us come because we would bring candy and this and that and and so the minute we drove in they would perk up and be hanging out the windows and it was great.

There was one location downtown where we would buy ice and a little girl maybe 10 or 12 years old she took care of the ice for her mother and and she would uh, she was like a lemonade stand that we would have here in the country, and she would be right out at the edge of the road and selling ice and she’d have this little wooden box and and it’s filled with sawdust and and ice. And she’d see us coming and she would immediately open the box and start cleaning off the sawdust and getting a chunk of ice ready for us. I would talk to her because she was a kind of contact for me with the villagers because she would talk more english as a child than her parents and so she would understand. And occasionally I would want to trade something for some handmade construction tools like block planes and old saws and stuff that the Vietnamese would make themselves as construction tools. I thought those were kind of neat and so occasionally I brought some of those back to the states with me. So she would trade things for various things and get me some tools once in a while, some old Vietnamese tools so that was kind of my relationship with some of those folks.

Question: What were your interactions with the Vietnamese military like?

At one time in particular when I was out with the South Vietnamese regular troops for about 30 days on a hill and we were building a a complex for them and we had a bulldozer dropped in with a big crane helicopter and we cleared away the the forest around the top of the hill, creating lines of fire and lines of sight so that they could see enemies coming up the hill. And then we built a bunker complex on the top of the hill for them and so we were out there for a long time. There was about seven of us and they had about 15 to 16 South Vietnamese regulars and that would change from time to time some would come and some would go.

We interacted with them daily as if they were part of our unit they were very curious and wanted to learn English as well as us wanting to learn some of their language so in the evenings we would talk and and play some games and card games and this and that and they’d always want to be a part of that.

They would make us meals, make Vietnamese whatever they were eating, they would share with us their Vietnamese cooking and we would share our field rations with with them so at the end when we left, they served up a great meal for us it was almost like something we would experience here, a thanksgiving dinner with all the trimmings and everything. Where they came up with all of this stuff out there in the field, I still don’t know but they wanted to make it a memorable dinner for us and they really did and so you could tell that they appreciated what we did for them. They were putting up a good fight but like us, they were they were not gonna win.

Question: How often do you think back to your time in Vietnam, and what sorts of things prominently come to mind?

My time in vietnam centers around, it always goes back to and centers around the people that I got to know and worked with. I think of those folks a lot, and every time I go to a sporting event, with the national anthem, I always think about the guys that did not make it back. And I always, under my breath, I always list these five names that I say to myself. So those are some of the things that are harder about war and you’ll never you’ll never erase those memories from your mind.

And I know in my heart that it wasn’t.

And that’s a hard thing for any combat person to justify in their mind because you want to think that you’re doing the right thing and we were trying to win a war that was not winnable, fighting in a land that the occupying force which was… We could never defeat a guerrilla army that hid in the shadows and the lessons that we should have learned from that war sadly we carry on to the same conflicts today around the world. And that part makes me sad when I see what happens to some of these countries and the people and some of these other insurgent type wars that we can never get away from and it just reminds me that there’s terrible loss and if it is all worth it or not.

Question: For what reasons do you believe America was involved in the war?

Well I think we went there for all of the good reasons of upholding our beliefs and freedoms and democracy and trying to fight back communism in a country that may or may not have benefited from having communism versus what we were trying to impose. Of the massive amount of losses that the country endured over so many years you think about all of the prosperity that they may have had under communist rule versus 30, 40 years of war that tore the country apart. I don’t know that there was any gain, so when I say I don’t know that we were there for the right reasons, I think it’s always right to think that democracy and our freedoms that we have here are the best and the way to do it, but I don’t know that it’s right for everybody. And to want to impose our will on and and our beliefs on countries that may or may not benefit from the way we want to do things… Some countries have been in conflict for hundreds of years and they keep moving forward and they’re so entrenched in their beliefs that there’s no winnable scenario for either side, just misery for the population.

You know we went to Vietnam as a noble cause and we’re trying to uphold the freedoms and the democracy that we all hold here today that make America such a great country, and it doesn’t always work in other countries. I just don’t know and understand why we continue to try and impose these things on other countries. Although there’s a lot of bad actors everywhere and I don’t know that we can solve all these problems.

This entry was posted in Profile. Bookmark the permalink.

Donald J. Street was drafted out of college at 19, and had an existing construction background. He built homes with a local builder in Michigan, was placed into a combat engineer unit. From his time in Vietnam, Street grew to love the people, landscape, and culture that he witnessed.

Isabella James is a senior at USC's Iovine and Young Academy studying Arts, Technology, and the Business of Innovation. She joined AMST 150 to learn more about the US influence through war and media. Zhengyang Cui is a senior at Viterbi studying Electrical Engineering. He is taking AMST 150 to learn more about IR issues given current tension between China and the U.S. Kunyeul Lee is a student at USC.