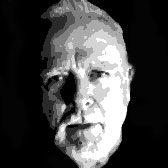 Q: Where in Vietnam did you first arrive and how did you get there?

I arrived in June of ’66 and came back in June of ’67. At first we landed, I guess it was Tan Son Nhut, we had a chance to go one night out into Saigon to look around, and then the next day I was on a helicopter going to, it was called Camp Bearcat. It was out beyond Bien Hoa, it was a suburb where the ammo dump was, and then the next day I was on a helicopter going to my assignment. And it was that night before I got on the helicopter that I realized I wasn’t going to be a personal affairs officer. I was going to be a rifle platoon leader. And that was a little jolt because it’s not like I was going with my unit and I knew the men and they knew me. It was “here are all these guys who have been here for some almost a year, and I’m a brand new guy and I’m the guy in charge.” So it was a pretty intimidating thing for me to think about that. But what made it even worse was that the night before I got there eight of the men in my platoon were killed by short rounds. So I took over a platoon that was in, talk about low morale, talk about angry, talk about in distress and so forth, and here I was this virgin officer. It was difficult, and it got worse immediately.

It was my very first patrol, and we got to a certain point, and I thought we should go this way and so I, you know, started moving the troops in that direction and the platoon sergeant said “No, sir, it’s not that way it’s this way.” I said “Sarge, look here” and this this this, and he said “No, sir, I’m sure it’s this way.” I remembered what the instructor said, “Pay attention to your platoon sergeant.” So I agreed and did what he said, and we got hopelessly lost. It was humiliating as hell because I had to be directed how to get back. And so I felt that I had lost all face completely with the troops. OK, you think that’s bad? I got back to the command post and the captain was furious. “Tool, how could you?” And I had a sense of honor so I didn’t want to say, “Well, sir, I listened to the platoon sergeant.” So I took full responsibility for it. So he said, “OK, well, let’s see if you can get this one right.” So immediately, my morale being the way it was, the troops being upset with me, we went out and we walked into our own ambush. Fortunately, General DePuy said that all officers have to wear their brass, and that’s exactly what Sergeant Fasetti, the platoon sergeant of the other platoon, just happened to see the moonlight shining off my helmet. He said, “It’s our guys, it’s our guys. Don’t shoot!” So then talk about being brought back in utter utter humiliation. It was me who came back, and the commander said, “Stand down, and don’t”, you know. Well I was so upset about it that the next day, I offered to resign.

It was boring. It was boring until it was horrifying. When you’re on your patrol, there’s a tension of having a, you know what they call search and destroy missions, so what usually happens is the company goes out here, and then they send a battalion out for several thousand meters to do loops around, looking for Viet Cong soldiers, and sometimes you run across booby traps, and so that’s the big fright, and that’s why it’s foolish of an officer to go so close to the front. So what I’m saying is its like going on hikes until something happens.

One of the techniques that was used by some units, especially by reconnaissance platoons, is when they captured some people, they would take them up in a helicopter and push one out and say to the other, “If you don’t talk, we’re gonna push you out too.” They always talked. But that was the technique they used. It’s against the Geneva Convention, it’s against everything the Army teaches and so forth, but that’s what the guys did.

Q: What was the attitude of the south Vietnamese soldier towards the war?

When there’s a national emergency, the heroes always volunteer first, right? And so the heroes go off to battle and so forth, and they get killed and so forth, and then fighting the French, fighting the Viet Cong, after all those years of fighting, what was left? So basically the South Vietnamese Army was tatters. And they were in the most, when I heard, when I would get the word that they were gonna, we had to have the Vietnamese embedded with us, you know to go out on operations and so forth, it was just the worst possible thing that could happen. They chattered all the time, they would smoke, they would, it’s just, you can’t do that. You can’t even wear, you don’t wear cologne, anything like that because out in the jungle you can smell cologne. You don’t do that kind of stuff, but when somebody’s smoking, or the chatter, or they light up a cigarette, they were totally undisciplined, and I had absolutely no respect for any of the Vietnamese soldiers we ever worked with. I’m not saying there weren’t some that were good, but it was a nightmare to have to work with them, and you could see why they would never be able to hold out once the Americans left.

Q: How were you able to keep your platoon motivated and focused on the task at hand?

It was like “What am I doing here? What’s the big deal about this? I don’t have my buddies here. Why are we fighting?” And so as platoon leader, this is what I said to my soldiers. I was first rifle platoon leader, then weapons platoon leader, then for the last six months I was the XO and so I had the responsibility to give the orientation to the guys, and I said, “Gentlemen, this is the reason we’re here. We are here so that Phan Thi Thu Ha and her brothers and sisters can have a good life. We’re here so Phan can write poems, he can make songs” and so forth, “so that people can have the same freedoms of expression and the good life that we have. And that’s what we’re doing here.” And for some of the guys it seemed to work, and it was very important for them because if you go over there — and the Army did a very, very poor job of trying to motivate the soldiers, I thought — so you go over there and you lose and arm or a leg or you have a scar all the way down from your dick to your throat for the rest of your life. And what was the purpose of it? What was that sacrifice? But when you’re seeking for something to hang on to, you can say, “This is my proof of my trying to make life better for other people. This is what I dedicate it to. To democracy and freedom for other people.” And some of the guys actually told me that it made all the difference in the world for when something happened like that. It certainly made a difference for me.

Q: Did you encounter difficulties transitioning back into civilian life?

I came back as a veteran. I was the only veteran that I knew. I didn’t know any other veterans at that time at USC, it’s not like they are now. This is what it was like. I would come to class and the professor would say, “OK go read this. Come back next week and let’s talk about it.” So he’d have somebody stand up, “So, what did you think about it? Give me a summary.” “Well, I didn’t quiet understand it.” “So what did you think about it?” “Sir I didn’t have time to read it.” And this is how the classes went, and I was getting more and more angry. So I went to the professor after class one day, and I said, “Sir, I came here to get an education. I’m paying all this money, and I’m not paying all this money to listen to a bunch of students tell me what in the hell they don’t know. I’m paying the university for you to tell me what I need to know to get this degree! I’ve got my wife and family to support” and so forth, “I need to get this done and get this done quickly. What do I need to know?” And what he said to me was, “Well, I guess this just isn’t the class for you.” So, yes, I felt it was a poor way to run a class, but for me as a soldier, and especially I think about the Marines, can you imagine coming to formation, can you imagine starting an operation and you haven’t done your homework, you’re not prepared, you don’t know everything you need to know, you haven’t got your equipment together, you’re not completely in shape? And it was very difficult to be patient with the common students who didn’t have that kind of training and didn’t think it was sufficiently important to do their homework, and for the teacher to not hold them to some higher standard. I was angry.

I have a good friend. He’s married, he’s got two kids, he’s working at night, he has to sleep in his car at night because his home is so far away. He comes straight from his car to class and so forth. Do you think that guy wants to sit in a class and listen to people who are saying, “Well I didn’t get my work done, Professor.” And so, you know, I think that the professors and other students and the other veterans need to, you know, kind of put their arm around the other veteran and say , “Just take a deep breath. This is how it is in civilian life. You’re no longer in the service. This is how it runs in civilian life. It’s not the way we want it. It’s not what we’re used to. It’s not what we think is good. But that’s how it is, so let’s just try to relax.” Because this guy that I’m talking to you about, he’s busting his butt trying to do well in school and take care of his family. And so he wants to learn as fast as he can. He doesn’t want to go out and hit the books again because the professor didn’t explain it or wasn’t in class, and so it’s very important for veterans to talk to veterans.

One Response to David Tool

David Tool was born on July 17, 1942 in Charlestown, South Carolina. He attended College of Charlestown (now known as the University of South Carolina). While attending college he took part in the Army's college option program and would later be commissioned as an officer. In June of 1966 he deployed to Vietnam as a young lieutenant. In Vietnam, Tool served as a platoon leader as a member of the 16th Infantry Brigade. After his tour in Vietnam, Tool made the transition to the Army Reserves. As a reservist he climbed through the ranks up to Colonel meanwhile earning his PHD. He retired in Los Angeles to become a part-time lecturer of American Culture at the University of Southern California. He still resides in Los Angeles today and is involved in several organizations throughout the community and USC.