A witness to fear and protest at UC Berkeley 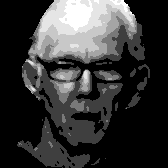 David Gray: My name’s David Gray, I’m an architect and part time teacher at the University of Southern California, Department of Architecture.

I graduated from the University of Washington School of Architecture with an undergraduate degree and between 1964 and 1966 I traveled Europe with my wife, pretty much all over. I worked in Germany; worked in Italy, as an architect, traveled to Greece, Israel, and the Eastern black countries. And most of Europe; France, England, that was two years then after that period of time in 1966 I went to graduate school at the University of California Berkeley. I achieved a master’s degree in 1967 or 1968, and after that I went to work building houses and restoring historic buildings.

I was in the Marine Corps from 1956 to 1964, most of that time was spent in the Marine Corps Reserves, so I could go to school and attend college for most of that time frame.I was discharged in 1964, the same year I graduated. Buy hytrin Both my roommates were subsequently, one was in law school, the other one was in architecture school with me, joined the army, became rangers, and fought in Vietnam.

US: Did you feel any pressure to join with them even after you were discharged?

David Gray: No, not at all. You have to understand that during that time frame the draft was in place, and the odds were pretty much that 60% to 70% would be drafted. So once you completed your application you sort of felt that you had done your service to your country and that was it.

During that period of time there were double sets of dedications, the people that were dedicated to stopping the war in Vietnam because it was an unnecessary, in all probability, an evil war, based on not very strong premises, and the other side of the coin was that there were those that believed that their patriotic duty was to support your country and that there was a threat to the safety of the United States, and that serving your country, even in combat situations, was showing your dedication and belief in your country. So there were two sets of thought and almost everybody was on both sides.

THE WAR AND EVERYDAY LIFE

US: When did you feel that the war started becoming intense and started to become part of your daily life?

David Gray: When I was in Berkeley in 1967 and 1968 it was huge. Berkeley was the center of everything at that particular time, certainly the protest movement in Vietnam and a kind of anti establishment movement that young people, and you have to remember Haight-Ashbury was right across the bay from Berkeley and all the horse tranquilizers and all the hallucinogens and LSD was all a part of, and Lenny Bruce, who really invented this whole thing anyway, was a comedian who was frequently arrested for using four letter words, which we think nothing of today. But it was a time when freedom of speech and freedom to do the things that you wanted to do was important and having a war that fundamentally nobody saw the real relevance in it.

But nevertheless it became everything; politically, and socially it dominated the country. People were on either one side or the other. I had my roommate in Vietnam who was a ranger at the time and he was sending me photographs, pictures he took himself of the Vietnam war and I was printing them in a lab at Berkeley. I dint give them to anybody, I kept them. It was interesting to say the least. And then my other roommate who was in some very major action. Both of them fought within the villages in the outside parts of Vietnam. And neither one oft them talked very much about what their experiences were, and I was close to both of them. Charlie was just the first one we built a house together. And in 1968 after he got out after I got out of Berkeley he got out of Vietnam we were together constantly 6 hours a day 70 hrs a week for a year and a half and we never talked about it.

US: Do you think he had Post Traumatic Stress Disorder?

David Gray: Oh I think there was. I don’t think it was recognizable in that particular point historically, and medically and there was some serious fallout from stuff that he caught inside East Asia, health problems that emerged down there. I don’t think he was wounded in action but I don’t really know.

US: Did you ever participate in one of those protests?

David Gray: Sure. I mean I was opposed to the war in Vietnam but I didn’t have to go, A, and B is I couldn’t see the point of it but everybody, I mean most, Americans were torn with this obligation they had to their country as a citizens. And it turned out to be pointless.

US: Did you feel any responsibility with not failing your students?

It was a tough time to be young and torn you know between conflicting emotions. My brother asked me that if I was drafted would I have gone, and I said I would of.  A lot of people went to Canada to avoid the draft, and you know some people would say they were cowards and others would say they were heros, everybody had a point of view.  It was brutal.  If you want to stop the war in Afganistan or Iraq its really easy to do you just institute the draft and the war will stop. I don’t understand that the lessons about fighting a war against indigenous people never cemented itself. Standing in front of their houses. It has not proved to be a succesful strategy yet.

The one final thing is that American politicians have this naive belief that they can give democracy to other people. It’s not possible. If you’re a country like Egypt and you want democracy you will make the sacrifice and you will fight for it, then you really don’t deserve it.  Every democratic county historically had to go to war to fight for their rights. And it’s a very imperfect, difficult system, full of pitfalls and problems. It’s not fun, but it’s a good system.

This entry was posted in American, Antiwar movement, Civilian, The Draft, US Marines, US Reserves and tagged Berkeley, David Gray. Bookmark the permalink.
Login
0 Comments
Inline Feedbacks
View all comments

Architect and teacher David Gray served in the Marine Corps for eight years before receiving an honorable discharge in 1964. He was therefore able to avoid the draft, although his two roommates were drafted. He was also a teacher at UC Berkeley during the Vietnam War and was witness to numerous war protests as well as to the stress of failing felt by students in fear of getting drafted if they couldn't get by in school.

Sinziana Velicescu is from Los Angeles and studying comparative literature and film at USC. Michael Shamshoian studies Business at University of Southern California. Mohammed Albesharah is from Kuwait and is getting his architecture degree at USC. He was also in Kuwait during the Gulf War.