The End of the Beginning: From Cambodia to America 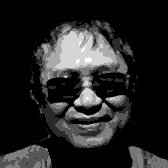 My name is Chinheng Chy. I [was] born in Cambodia in the province Battambang. I was born in the farm called Koh Kong, and I go to school, I grow up in Koh Kong and after that I come to the city, Battambang city to go to the high school. And then after that I stop, because my father and my mother die. So I take care of my family, I have my brother, include me- five. And then in 1970, I stop go to school and I go to the farm, and I work to help the people over there- for the farmer. And after the war in 1975- that one is the, the communists took over Cambodia. And then I escaped from Cambodia, from Battambang, to Thai, in 1989… 88. Because if I stay over there with the Communists, in 1979 to 1988. And then when the war–when the Vietnam is coming–because mostly the Khmer Rouge is support by Vietnam soldier, to fight [for] the Khmer Rogue.

Describe the transition from the remote province of your childhood to a larger city. [1:53]

When the Vietnam, or when the Khmer Rouge took over, mostly they wanted people to escape from the city. And they told us, they say “the American are gonna bomb the city.” So all the people are to… Had to escape right away. They call us and they say, escape right away… Don’t need to bring anything. You can bring what you have.
Because all the people had to [be] the farmer. Because they do the rice, they grow… Growing the rice. And the rice does not belong to us, it belong to the Khmer Rouge. When we collect the rice after the harvest, they collect the rice, we sent to… I don’t know, they sent to China or something like that. Because they said, maybe we don’t have enough rice to eat, the people that worked the rice. We had to work for… to eat. Because if you do not work, you cannot eat. You don’t have something to eat. We work for eat only.

How would you describe working conditions in the labor camp? [3:18]

Yeah when you don’t work, they gonna… they gonna… I don’t know what the word to get… Sometimes, when you [are] sick, you not die yet… They gonna burn you. They, they bury you. But I have my brother, they said… When they say, they don’t know if he die or not. But they still bring him to bury. So most people like that, that’s a lot experience. And when you don’t work, they gonna kill you. When they kill people, they call you a… A spy. And then they kill them. When you.. When you sick, or sometimes you [are] not sick, and you say you are sick.. When they say you are a liar, they say you are a CIA or a spy. So they are gonna bring you to kill you. They hit you. Mostly they [Khmer Rogue] kill all the soldiers when they took over. And they know, they collect the soldier by telling… You had to go to, like a recept… They call, receiving the.. Or welcoming the King to come back to Cambodia. And then they collect all the soldier. Like the high rank soldier, and to put them in one place. And they shoot them. They kill all the people over there. If you are on the farm, it’s okay. They like the farmer, they like the poor people. Because the communist, it’s not the… they don’t use the educated people. Only some people, they are educated like the high rank communist. Mostly they use the ignorant people. Like no educated, no nothing

Did you ever interact with any American soldiers? [6:05]

How did you feel about American military intervention? [6:44]

Yeah I know… And I think that bomb is good too, because when American involve to another country, mostly they make countries better. When the communists involved to another country, that country is very bad. Because most people like that. They say… the republican is better than communist.

What were your opinions towards Communism? [7:19]

For me, communist is very bad. Because we have experience with the Communists. Communists, no money in Cambodia. They don’t create no money. And you work only for the government. You work for eating. If you work, you can eat. You cannot know the idea, you cannot have your own business, you cannot growing something around your house, you cannot say “it’s for this much…” No. They controlled everything.

How would you describe Cambodia attitudes towards Americans? [8:05]

Were there any expectations for American aid once the Khmer Rouge seized power? [8:45]

When the communists took over, there were a lot of people that said the Americans are gonna come… But they, but they didn’t. But we don’t that they come or not, but we didn’t see any people. And the time, if the American come right away–to my city, to Battambang–they, they cannot take Cambodia. No power. And that time, I live in Battambang. And the governor of Battambang is the general, and he say to me… he say “if you don’t work… if you don’t surrender. You wait, the American people are gonna come to help you. If you wait. And no surrender, you cannot protect.” But most of the people, most of the soldier… they say no. They say communist doesn’t wait.

Please describe your mitigation to the United States? [10:00]

I have my sister-in-law, they come here first in 1979. 1979, the American people–the UNACO–they come to collect the people. That one easy. They bring first here. In 1979. Before, they have a relative stay in America, like a sponsor. Or you can ask for the church to sponsor them. You go to the church to Cambodia. When learn in the camp, before we come here, to try to learn English. When they select, they try you to learn English. To know the culture, American. To learn a little bit about American culture. When we pass, before they select me… They asked me a lot of questions: why I come, what we are doing over there, why I come here before. And they select… after the select, they gonna put me from camp to another camp. It’s called transit camp. And after that, they bring me to the Philippines. From the camp to the ____, transit for the people who come. The American. And from that one, they try you to learn English… a little bit. And then they bring you to the Philippines. Because the Philippines had a U.S. camp, a refugee camp in Philippines. And then, six months. Six months, you had to learn English everyday. And the culture, American culture… English. There were a lot of English teachers over there. They learn about the language, they learn about the culture… American culture. Enough time, they bring here.

The refugees is a very good when we come to America. It’s very good. We can have a lot of opportunity. We can learn to work, we can go to school, to learn to take a degree… to work. A lot of people come here to go to school, for a degree, to work very good salary. But I think, it’s… I’m not a problem with the culture. Because I can adapt everything. Especially the food, the food is… But we can eat okay, we go to school, we eat the American food. McDonalds, or something… Everyday. Mostly when the kids come.

Is it important that your children retain their Cambodian culture? [13:23]

Chinheng Chy, born and raised in Battambang, Cambodia, escaped to Thailand in 1988 forced by the prosecution of the Khmer Rouge regime. After going through a strict selection process, Chy fortunately moved to America sponsored by his sister-in-law and church. With the help of government welfare program, English language training and a series of other assistance, Chy gradually settled down in Los Angeles, where he worked in sewing and raised a family with two sons. In this interview, he described his nightmare with the Khmer Rouge regime, experience in adjusting to the American culture and perceptions on the American involvement in the Vietnam War.