It's not all bad 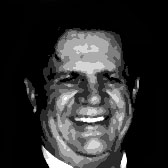 My name is Carlos Cortez, and I was a war and officer helicopter pilot in Vietnam

I was from New Jersey, and I was stationed in a place called Nien Hoa, which is in the central highlands of Vietnam, two quarters it was known, and Nien Hoa was pretty much on the coast. We were probably three or four miles from the beach and South China Sea.

And were you drafted or did you choose to go?

I chose to go as opposed to being drafted as soon as I got out of high school, so it was sort of voluntary involuntary.

What were your first impressions of Vietnam when you got there?

What did a typical day look like for you?

Typically… Well it started the night before, they posted the mission board the night before and that gave us our start times and where we’re supposed to be, when we’re supposed to be there. And where we’re going and what to expect that day. Typically our day started about four in the morning. The mess hall being opened, and then we would go down to the aircraft with our crew chief. And we’d kind of get the aircraft ready to go: Do our preflights. We typically didn’t launch ‘till about daybreak but there were times we launched at night to where we needed to be by daylight.

With your job, what were the actual duties that you had?

Well when I first got there, I was flying; I was in a unit called the 254 Dustoff. I was flying medical evacuations as a copilot. I got assigned there when I first came in the country. I was there for a few months and then they moved me to a company called the 48th Assault Helicopter Company. Now in my first unit, I was just- we were flying dustoff missions. Basically we get a call, go out to a battlefield, pick up wounded people, hurt people, bodies, whatever we had to do. And that, like I said, was a short-term job for me. Once we moved over to, I moved over to the assault helicopter company, I was flying Slicks and became an aircraft commander. So, basically what we were doing is pulling troops in and out of different landing zones for combat missions, a lot of resupply missions, both internal and external sling loads, some ash and trash, which was a whole lot of people heading to different places. But the missions varied all the time, there wasn’t a combat assault scheduled every day. Now our unit primarily supported the 9th ROK Division, which is the Korean White Horse Division. And they worked three different areas of that particular stretch of the country, and we would go from a place called Phu Hiep all the way up to Tuy Hoa in support of Koreans and 9th ROK Division and they would go from the coast all the way in to the Cambodian border. That’s where their outposts would be.

How often did you have direct contact with the North Vietnamese Army?

During your time there, did you often have contact with Vietnamese civilization, or were you mostly with other Americans?

What was a memorable moment for you from the war?

The day you went home of course

So would you say your experience was extremely negative, or not so much?

No, there were a lot of memorable moments, but the memories weren’t particularly pleasing moments. There were moments… Those moments where somebody was either killed in action or something bad happened to somebody or an aircraft went down. But, my overall experience there, at the time, was that I was glad to get out. But, over the last few years-not last few years- but since I’ve been back, it’s been pleasing because I’ve made friends that basically I served with for a year, and those guys are probably still my best friends right now even though I see them infrequently over the last 45 years. When I do see them it’s like, you know, we were never apart and I guess that they’re my best friends.

How has your perspective on the war changed since before, during, and now?

Well, before the war, for one, I had no idea really what was going on, you know. I had a friend, that was one of my best friends growing up, that was, he had entered the Marine Corps and he was killed in action, while I was still in flight school; that had a great impact on me. But, when I got there, I had noth- no preconceived idea what to expect. I mean, he was the Marine Corps, he was a ground pounder, and I was going over there as an Army aviator, so I had no clue, even though at flight school they developed the different scenarios of what you’re gonna see and what you’re gonna do and what you’re probably gonna come up against. It’s just, didn’t match up with the country, and the training when we got there, so there’s nothing to compare it for exactly what happened, but as far as preconceived ideas go, I really didn’t… I didn’t know what to expect.

I think by going there I’m in a better place now than I would’ve if I would’ve been left to my own means. I mean, when I was in high school, I really had no clue what I wanted to do. I knew I was, I actually got some scholarship offers from different colleges, but I knew that I probably would have flunked out or been drafted right away. So I heard what about they called the War and Officer Flight School Program, and I took the test when I was in High School. I passed the test and they guaranteed me a flight school spot when I graduated from basic training. After that, you’re left on your own. If you flunk out of flight school, you’re gonna be in the infantry. And I had never flown before, I had no preconception about what flying a helicopter was all about, I had never even seen one up close and personal. So basically, when I successfully got out of flight school, I had a skill that I never had before. I enjoy doing it, I enjoy flying, so I learned something very valuable. And then I finished my active duty tour and went with the National Guard just about right away and continued my flying career, and that really set my career up from there as what I was gonna do flying. I also had the opportunity to go to school after I got off active duty, and I did that, but at that time, that didn’t relate to my flying career or wants and desires, it was just to go out and get a degree.

Have you been back to Vietnam since the war?

Is this something that you would like to do?

It’s something that I’ve been trying to plan to do for quite a few years now, but I do have a son that’s a junior in high school so maybe after he goes bye-bye we will have time to plan.

If you were in our position today, would you go to Vietnam willingly, knowing everything you know and the experiences you would go through?

I would go back in a second, I mean it’s not all about, a lot of it is all politically driven, there is no doubt about that. I mean even with what’s going on today, there’s more politics involved than you’d want to think about, but basically, you know when you go into service, you’re expected to go where they tell you and do what they tell you, and that’s part of the commitment you make when you, either enlist, whether you go to a ROTC Program and get that commission. That’s all part of the deal you’ve made with the government before you go, and you know people expect to live up to that deal. And most of the people I’ve known in my military career, they willingly looked up to that. Very few people… There was one guy in our unit that actually came to a point over there that, they refused to fly anymore and he gave up his wings, and they sent him home. People that didn’t live up to what they committed to were very few and far between. But I would go back in a minute, especially, I’ll say, the friends I’ve made over there. I belong to an organization called the Vietnam Helicopter Pilots Association, and we have reunions annually, and our unit was particularly close, for a couple reasons. One was at the very end, there was a, I guess you want to call it a battle, called Lam Son 719, and out unit was one of the first ones in when they had the Cambodia-Laotian Invasion. They lost every ship except one in our company, and we had multiple people killed, so it kind of strengthened the bond between everybody and everybody, and every year we get together and we probably have, last year in our mini-reunion they had over one-thousand pilots from all different periods show up with their families; and it’s a particularly close relationship and a bond that we share that a lot of people just don’t understand.

Well not really, you know like I said, I put in over 20 months over there and I’d do it again in a heartbeat. I’ve had several recall notices, when I was in the National Guard that… she (points to his wife) kind of threw one away. I was recalled to go to Desert Storm, Kosovo and a few of those other places but I never really activated our units, so, one of those things. I guess if I wouldn’t have married I would have volunteered to go. So, but the military experience as a whole, was, it taught me a lot and gave me a profession, which I, I flew for LA county Sheriff for 25 years and just left that about two years ago. I lost my medical certificate, due to some factors of Agent Orange exposure, that, kind of has affected me in other ways, but that’s probably the only, that’s probably the only bad thing that I can think of that has followed me back all these years, and a lot of the other guys in our unit, was the effects that Agent Orange caused because our unit did spray it out of aircraft and a lot of our guys died young of Orange related illnesses, you know, diabetes, and heart disease, and some cancers, but that’s probably the worst thing that came out of the long term effects of the war that I can think of.

Carlos Cortez was a helicopter pilot in the Vietnam War between 1968 and 1970. He is from New Jersey, and went to the war when he was 19 years old. He began by flying as a co-pilot in medical evacuations, and then became an aircraft commander. Cortez still stays in close contact with many of his friends from the war, and attends yearly meetings with other Vietnam pilots. He has never gone back to Vietnam, but he hopes to go back one day, possibly after his son goes away to college.