The War that Never Left - The Stories from Cam Vu 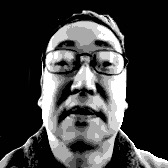 The War and Re-education Camps

Why don’t you tell us a little more about yourself and your role in the military?

Okay. My name is Cam Le. My nickname, like a pen name, is Cam Vu. The people already know me as the name Cam Vu, it’s my nickname. So, I was born in 1950, my family is middle class. My father was a soldier in the Indo Chinese Union French. In 1969, I volunteered for the army. I studied to become a medical assistant. So, in the army, I had been selected to the Medical School. After 1975, I was caught by the communists at the front line and then I went to re-education camp like so many people. They say re-education camp, but actually, that is a prison. Not a re-education no. The people are hungry, working, cold, and suffer everything. Even for 3 years, 4 years, 5 years, 10 years, 15 years, 13 years, or 17 years. When people come out, they are only 37 to 45 kilograms. That means the weight is about 80 pounds and 110 pounds maximum. That meant no more, anybody.

How long were you personally in the reeducation camp?

Four years. Very terrible 4 years. But I keep my psychology in my time at the reeducation camp. I have to agree with that because it was not my fault. I believe that God let me out. When I was released from the re-education camp and went home, my father passed away. A month after my father passed away, I went with the boat people. I don’t have any money. I went to visit my parent’s friends and they allowed me to go together with them.

In Indonesia, I stayed there for only four months. Because my uncle was the Chief Security in the US embassy before. And then at that time he worked for the city of Green Bay in Wisconsin. So the mayor from Green Bay sponsored me to go to America. In Wisconsin, it was so cold and I stayed there for a few months and went to California. And I studied to become an emergency medical technician. But unfortunately, even when I was ready, I couldn’t find a job because they needed the person to have good health. My health was not good enough to do that job. So, I worked a job like a mechanic. And at night, I went to school to study acupuncture and oriental medicine.

Looking back on it, how has your experience in the re-education camps affected you to this day in America?

People in re-education camp have been mentally damaged. Even me, I have nightmares every day, every week, and every month for 15 years. I still sometimes feel nightmares about being back in the re-education camp and the Viet Cong shoot me. Then I open my eyes and say “Oh, I’m in America.”

Lasting Effects of the War

What are your current thoughts on the Vietnam War?

I am so very sad in the Vietnam war. Do you know how many people died? Around three million people. I am crying. So many of my relatives, my friends, passed away. And Vietnam [doesn’t] have any happy ending today, under control by communists.

What are views on the state of Vietnam today?

“Cam Vu” (formally Cam Le) was born in 1950 to a North Vietnamese middle-class family. His mother is a former secretary for the American Air Force. And his father was a veteran working for the South Vietnamese defense. In 1954, his family became one of many to relocate to South Vietnam. Because of this background as a medical assistant when he reached the compulsory age of 18. Vu volunteered to serve in a battalion of the Kien Giang province as a Physician’s Assistant. After the Fall of Saigon in 1975, Vu was captured at the front lines and eventually sent to re-education camp, where he would spend the next 4 years. His father would die shortly after his release, prompting his escape from communist controlled Vietnam towards Indonesia. His detainment would have lasting effects on his physical and mental health that would inform his life in America. After four months in an Indonesian refugee camp, he was sponsored into Green Bay, Wisconsin, where he resided for a few months before moving to Southern California. Over the course of his life, Vu would open a successful chiropractic clinic, join multiple political refugee organizations as a leading South Vietnamese voice, publish many short stories and poems, and co-fund Nhan Hoa, an affordable and comprehensive non-profit dedicated to providing family-based care for underserved and/or minority populations. Today, Cam Vu is retired and lives peacefully in Santa Ana, CA.