"Nobody Came Home Unaffected" - Perspective from an Anti-War Protester 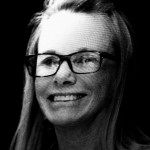 The Effects of Drug Use Among Veterans

I was born June 19th 1949, and I was born in Boston but I was raised in Atlanta from the age of 5 to 17-18 years old. At that time it was moving from people being beatnecks to being hippies, rock and roll was coming out, the Beatles were on Ed Sullivan, and the Rolling Stones, we were dropping a lot of acid, and hitchhiking to different pop festivals. I saw Jimi Hendrix twice and I saw Janis Joplin twice, and so if nothing else ever happened in my life, I’m good.

Unfortunately during that time was Vietnam, so people were getting drafted and it was confusing because people didn’t want to go, and it wasn’t our war. We didn’t need to be there, or we did…we didn’t know because it was too confusing. But people having to go who didn’t want to go and then not coming back, it was pretty sad. Unfortunately I got addicted to drugs and I’m 28 years clean now though, don’t take that for granted…But it was hard times. In fact, I moved out here because it was just hard. I was watching everybody come back from Vietnam and they were either addicted to drugs or they died over there or they didn’t have arms or legs – it was bad. I thought if I left Atlanta that things would be better, except for the part that I took myself with me, so it was the same. I was just in a different state. You know, I was protesting against the war but my friends were fighting in the war. Sometimes if they did come back, and they were strung out, then they died or overdosed when they came back. But unfortunately, all of the death certificates will say “heart disease,” “liver disease,” it would never say addiction. I don’t think you’ll find anybody that died from addiction, unless maybe wet brain but then they’ll say liver failure. So there aren’t really any accurate records.

Q: I feel like the intersect of drugs and the war is quite an interesting topic to explore. Obviously drugs were rampant in the military at that time. Were people going into the war sober and coming out vastly addicted?

Yes. That’s absolutely what happened. We were just all in high school. And you know, you drink, you go to parties, you get sick, you do embarrassing things and then you go “whoah,” but, nobody came home right. Nobody came home unaffected.

And the saddest thing for me was that one time my dad asked me to pick someone up at the airport who was going to be in a parade that my parents and everybody was going to do… he had lost his arms and legs in the war and my parents wanted me to pick him up from the airport. I was supposed to be at a protest, and I… couldn’t do it. That’s messed up. That’s bad. I couldn’t do it, because I was going to have to drive through the very protest to get back to our home, and here I’m going to be with a guy who was in Vietnam, who lost his limbs, going through a protest that I’m supposed to be at, and that affected me. I hated that. I hated that. He stayed at our house.

And we did not want war. So we marched, and we demonstrated, and we got tear gassed. Because then, I don’t know what they have now, but then they had canisters like a coke can and they’d toss it at us. I just remember one time this kid, we called him Little Billy, he came running in front of us and picked it back up and burned his hands and threw it back at the police. Somehow there were riots all the time and we were always getting pushed back and arrested… we didn’t get much beat up, as like now, but back then we didn’t. Maybe some people did, but we didn’t, the people that I hung out with, we did not.

Q: Did you have experiences with any veterans that came back and then joined the antiwar movement?

Yes. I did. A lot of them did that. But not a lot, I would say maybe 30% said “Yeah, I’m with you.” We should not be there. One time we gave a cop acid. He loved it. We were carrying him around on our shoulders and the Grateful Dead was playing for free in the park, it was great. Who knew? Who knew I should have a camera? I mean really. But we didn’t know what we were in, so we didn’t know that we needed to take pictures. That was in Atlanta, at Piedmont Park

Q: So you mentioned about 30% of veterans joined the antiwar movement, what did the other 70% end up doing after this?

Being traumatized, bitter, addicted, or alcoholic.

No one I knew was for it [the Vietnam War]. My parents at first were for it – my dad was a WWII veteran, he was a captain, he served under Patton, he went on Normandy, he was such a great man and I loved him. He was pro-war.

Q: What do you think was the turning point? You said your parents eventually became anti-war as the war progressed. When do you think that happened? In the 60s?

Q: Was that because they were seeing the effects of everyone coming back from the war?

Yes. It’s all good in theory, but not in real life. We’d be at dinner and my parents would say, “Oh, did you know Ricky Barnett? The Barnetts lost their son.” And I’d say, “Ricky?!” My dad would say, “Yeah, that’s really sad,” and I’d respond “And?!” That would be the end of the conversation – you just ate dinner. You ate the rest of your meal.

The more drugs I did the less I had to deal with anything. Like if anyone did want to talk about it, we could just get high instead. Because we didn’t talk about things. Back then we were raised by parents who most had been in the Depression. Having been in the Great Depression and then having things, it was kind of like the atmosphere at home was you’re not allowed to have anything wrong, and if you do, don’t talk about. Because they could beat the bummer basically, “Oh you should’ve seen what happened to us,” and rather than hear that, we just didn’t talk about it. You didn’t talk about your feelings then. Nobody did.

Reflections on the War

Q: Do you feel like the war still affects you today, personally?

Yes. It makes me very sad that that happened, and that I didn’t know how to respond to it. I didn’t have the maturity. Today, I could respond differently. I would be compassionate, I would say talk to me. You have to talk it to death. Talk to me, tell me what happened, I won’t judge you, it won’t go anywhere, I can be your person. Because they didn’t have a person. Here now in our day, we all have a person. We got to our person and go “Oh my God” and we can tell that person stuff and they love us no matter what. If I could’ve done that for them, that would’ve been life changing for me. But I was nowhere, I was not available to talk to people in that much pain.

Q: Just going off of what you just said and how you didn’t really know it [the Vietnam war] still affected you but it does, when do you think you went through that reflection and looked back on your life and realized, ‘this is how it’s affected me?’ Was it much later, or just after the fact?

It was just now. Because now I know. I mean, I’m an addiction treatment specialist, I do counseling, and therapeutic interventions, and I know how to help people. I didn’t know how to help people. I needed help. I was an addict, a practicing addict, now a recovering addict. But who knew? But if I could go back with what I know now, I could’ve formed support groups. I could’ve gotten everybody together because for them to talk to each other is the healing. Like when one alcoholic talks to another alcoholic, nobody else can talk to us. Like a normie, doesn’t know what I went through. A normie doesn’t understand. Well, “Just have a beer,” pft, I tried to “have a beer” for 27 years. You can’t have a beer. You can’t. You’re trying to just have a cocktail. People have cocktails and it blows my mind. They have a cocktail and they just stop drinking. I’m like, “what?!” And my sister always jokes with me, she says “You’re staring at my wine” and I go, “you need to drink that.” Don’t be leaving this much in the glass with me around because I don’t get that.

But a normie doesn’t get what I mean by that, so alcoholics talk to other alcoholics, that’s why we have our meetings, like MS patients can talk to other MS patients. Veterans can talk to veterans; they get each other. They don’t have to say “why don’t you just have one,” they don’t say “oh get over it.” You don’t get over it. Because it scars you. Those men are scarred for life. And the worst part for me is the way they were treated when they came home. And to add insult to injury, they really were and continue to be ignored.

I wasn’t even for it [the war] then. Most wars are fought over what people think might happen – well that’s insane. We think it might happen so we better kill people, go over and screw things up – well nothing happened! We thought it might, but that’s not a good reason. I think a lot of things might happen but I’m going outside anyway. It’s hard to know what we need to stop and what we don’t need to stop. Who do we think we are anyway? In a way we’re sort of bullies – “you all aren’t behaving the way we need you to, so we’re coming over.” Nobody asked us to come. We screw things up for the people and then we leave. Gee thanks! My daughter, when she was little and the Gulf War was going on, she said, “We have to go over, we’re in a war.” And I said, “Well, what if you and I were just sitting around and living our lives, and then some guys from another country came up our street and they were really mad and they were invading us?” She didn’t even know what that meant, because you don’t hear that part. You hear only this, not that.

Betsy Starman was born in Boston, Massachusetts in 1949. She spent most of her childhood and adolescence in Atlanta, where she experienced the transition to the “hippie” era as well as the Vietnam War. Betsy became addicted to drugs during this time period, and was involved in the anti-war movement. After people were drafted and began to return from the war, she moved to California to avoid having to see her friends come back as changed individuals, or not coming home at all. Now that she has been clean for 28 years, Betsy works as an addiction treatment specialist. She opened her own business approximately 12 years ago to help establish treatment centers and provide addiction outreach on Skid Row. She has a daughter who is currently attending Pepperdine University.