The Past Has Made Me Who I Am Today 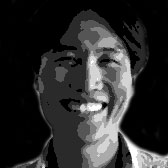 MR. NGUYEN: Hello America. I’m Bao Nguyen. And welcome to my home. A couple students from USC (University of Southern California) joined me here in my home to talk about my experiences. I’d like to start by talking about my story. Before I was born — when my mother was 8 months pregnant – when I was in the womb — this is really where my story begins, when she escaped the country (Vietnam) in the middle of the night through an underground passage way. They had attempted many times to escape Vietnam and it was a crime punishable by death. Yet they tried again and again. They had to pay bribes to escape out of the country. They had to go through underground passage way and when they made it onto the boat and as it drifted into seas to somewhere, hopefully land, they were hijacked by pirates. They were starving, thirsty, and robbed multiple times by those pirates. There was a lot of desperation. That’s how my story begins. I was born in a refugee camp in Thailand. Before the boat landed, the people weren’t sure if the boat was going to land. It wasn’t until they saw these dragon flies that they knew land was near; it indicated that land was near somewhere. But when they saw the shore line, it was spotted with folks that didn’t want people to land. They were holding weapons. Folks were ready to break the boat apart.

MICHAEL: What year were your folks on the boat?

MR. NGUYEN: What year? 1980. My brother he was about ten at the time. And he remembers having to join the men to push the pirate boats, from one on each side. So people would have to be on the boat and have to hold the pirate ships at bay because they (the ships) would attempt to crush the tiny refugee boat.

MICHAEL: How big were the refugee boats compared to the pirate boats?

MR. NGUYEN: They were really tiny in comparison. Really tiny.

MICHAEL: It was similar to the size of a life boat to.

MR. NGUYEN: Not the size of a life boat, maybe a couple living rooms.

SID: How many people do you think would try to squeeze on each of these?

MR. NGUYEN: It was jam-packed. My mother recounts stories of going under and she couldn’t stand being sea sick, being on deck.

MICHAEL: How did people survive on the boats? What kind of food did they eat to sustain themselves?

MR. NGUYEN: Well, people packed different things for themselves. Sometimes the captain would prepare those things. But there wasn’t enough food. People would hide precious things as well. A lot of that was stolen. But on the shore line, as I was saying, they didn’t want the refugees to come in, so folks were prepared to break the boat apart as a sign of desperation and the people would have to rescue them. You really can’t let people drown. But luckily a group of Thai Buddhist monks, in saffron orange robes that appeared through the commotion and made a human chain and they were the ones that brought us to shore. So we were given refuge at a Buddhist temple. On our first night we were fed there and we were brought to refugee camps and processed there.

MICHAEL: This was in Thailand?

SID: Did you grow up in Thailand?

MR. NGUYEN: No I didn’t. I left Thailand at three months and came to the U.S. We were processed in New York City. Then we were settled in Nashville, Tennessee.

SID: Were you raised out in Tennessee?

I went to the public schools in Orange County. I went to elementary school, junior high school, and high school all within the district that I’m on the Board of now.

I also remember in third grade, down here in Orange County, I just moved to a new school and I had made some friends with these two boys who were speaking Spanish. So I learned a couple phrases in Spanish. I learned: “como te ama” and “me amo Bao”. And I wanted to practice that, so I was repeating myself and practicing with them as we were waiting to go back into class. And a teacher came by. It wasn’t our teacher. She pointed in our faces and said, “Speak English”. And I felt the injustice. We weren’t in formal instruction; there was normal chit chat while waiting in line; and I’m learning. I was learning something.

MICHAEL: This was during recess?

MR. NGUYEN: This was at the end of recess waiting to get into class. And our teacher wasn’t there yet. We were waiting in line.

MICHAEL: Is this the first time you experienced racism?

MR. NGUYEN: No, I don’t think I had an idea of racism or what that was at that age.

MICHAEL: Your school was relatively diverse?

MR NGUYEN: It was pretty diverse.

MICHAEL: How can you address these issues to educate people about the past or history in general, about the Vietnam War, about history?

MR. NGUYEN: As a school board member (Garden Grove Unified School District) I help to expand our ethnic studies courses in our district, including Mexican-American and Vietnamese-American history. And we currently do offer that in one of our high schools and it’s a great course. The teacher is very passionate about teaching and the students are very interested in learning, because it talks about the experience that’s relevant to the community here (in Garden Grove, CA).

In my role as a School Board Member I’ve been able to bring the California State Seal of Biliteracy (http://www.cde.ca.gov/sp/el/er/sealofbiliteracy.asp) to our district, which awards students who graduate with demonstrated proficiency in English and another language, (ie) Spanish, Vietnamese, etc.

Last month in February I was able to bring my initiative onto the agenda for a vote to establish and expand our world and heritage language programs, and we will be the first district in California to offer English and Vietnamese in a dual immersion program as well as Spanish and English at the Elementary level.

Sid: Did anything surprise you over there?

MR. NGUYEN: I was kind of shocked at the level of environmental pollution that was in the city. The streams and the air were much polluted. I got sick immediately from the air quality.

MICHAEL: Where was this?

MR. NGUYEN: It was in Saigon, or Ho Chi Minh City.

MICHAEL: Was there still environmental pollution when you went out further away from the city?

MR. NGUYEN: Into the rest of the city? It’s a pretty big city. I did go to one beach resort, I didn’t see much environmental pollution but definitely in the city, it made me sick. But then I had adapted to it.

SID: How long were you out there?

MR. NGUYEN:I was out there for about a month or two.

SID: Did you notice how Michael touched upon this earlier, did you notice any inequality? We’re learning that a lot of the economy is supported from tourism, when you checked out the beach resort was that radically different from how Saigon was like?

MR. NGUYEN: Oh yes it totally was, even folks that lived in the city, they may not have hot water. If you stay in the hotel, you would. I saw a lot of people living in the streets even children as well as entire families. There’s just a big divide in those that have and have not. There were folks that were building brand new homes that were very nice western homes.

There’s a lot of beauty there as well even though I talked about the pollution and what not. It’s a beautiful place, and the people there are amazing. The people are kind and friendly and generous, it’s a great place. It’s a beautiful culture with amazing food. But now I don’t think anyone should be scared, I wasn’t scared. I felt as if there were some freedoms that I didn’t have here, ironically.

But it’s interesting, when you’re hearing the stories about folks that actually had to live in the war and the villages and by the day they had to be supporting the French and by night they had to support the rebels. And really what they’re doing is they are just trying to stay alive you know? Just trying to stay alive. I can’t imagine what that’s like, running from bombs. We all want peace, I think that’s universal.

Bao Nguyen's incredible story begins in 1980, with his family's successful escape from Vietnam while Nguyen was still in his mother's womb. Born in a refugee camp in Thailand with no official citizenship, a young Nguyen endured the arduous journey to the United States with his family before ultimately settling in Garden Grove, CA. Today, he is actively involved in his local community as a member of the Garden Grove Board of Education. Nguyen holds a BA in Political Science from UC Irvine and an MA in Religious Studies from Naropa University in Colorado. He is trilingual in English, Spanish, and Vietnamese.

Joseph Dorri is a senior from Pasadena, CA majoring in Neuroscience.

Siddharth Gupta is a senior from Orange County, CA majoring in Economics and Business Administration.