A Life Apart from Vietnam 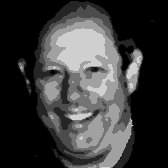 At the home front.

In this highlight video, Barnett. R. Parks speaks of his experience and the cultural aspects of growing up as a civilian during the Vietnam War. He refers to the war as something that people wish they could forget and gives accounts of his reactions to the Vietnam War at the time from having been primarily dependent on media coverage of the war.

Daniel: Mr. Parks, thank you for agreeing to do the interview with me. Just very simple question because I know you haven’t been actually involved in the war. So I guess we could start with “How did the war impact your life?”

Mr. Parks: The only direct impact, really I thought about this a little bit, I would say career wise. ‘Course I didn’t participate in the army forces; and considering the way that particular war was going I had no interest in doing so at that time.

Daniel : “What did you do in order to avoid going to the army?”

I was an undergraduate at UCLA and when your student deferment runs out, you then are subject to conscription, otherwise known as the draft. And if you registered at the draft board at Westwood, it was a… you’d be called on a basis of a lottery based on date of birth. I think I drew number 100, and they drafted well into the high 200s. In other words, not that many wanted to go. And unfortunately including myself. And when your student deferment ran out you are subjected to the draft unless you went to some graduate work that gave you certain…that continued your deferment; the fields of medicine, dentistry, my field of optometry, podiatry and a few of other fields offered that continuation. I did want to go into medicine; I’d probably have to do a little bit of graduate work or something to maybe do something that would better qualifying for applying there. But that possibility didn’t exist so I chose to go into a different field which I’ve been on for so many years and been pretty happy with it.

“What was your main form of exposure to the Vietnam war?”

“Any memorable moments from that time?”

I do remember few protests at UCLA when I was an undergraduate was from 1966 to 1970; some marches through there, things got a little violent. One memory we had is of a KBC news team coming to film and nothing was really going wrong, some that they brought along was actually trying to stir up…some excitement for them to film about protesting.

If you go from UCLA where everybody is against it, in fact if you’re not against the war, what’s the matter with you, it was almost that feeling. And then I would drive to my dad’s store which happened to be in the city of El Monte, which is in the San Gabriel Valley, a very conservative area, and you could almost feel the wind changing as you drove out there, the attitude is just a different thing. The difference to me was incredible, I don’t know if anybody saw that, the feeling that you couldn’t miss it.

“Did you have any loss of family/friends?”

Fortunately I did not have any relatives or actually even close friends who lost their lives or injured in that war, although of course you know, we hear some distant stories of those that were. By the time I finished my graduate work, the war in Vietnam was over, I believe 1973 approximately then. I graduated in 1974, so…

“Do you remember any specific media/shock moments through the media?”

I remember the sad images on the TV, you know, American helicopters being shoved into the ocean off of aircraft carriers and so on, I remember all that, that’s it; that’s kind of sad as they were trying to evacuate as quickly as possible. The big shock I guess on newspapers… whole picture I Buy verapamil online guess the chief of police of Saigon, executing on the street someone who was captured, that left an impression here. Changed things culturally here. Memories I guess thoughts that there was deceptions on the part of what the public was told about how successful US was there at the time and maybe things were exaggerated a little bit, but people are more questioning now of the authority than they were before that (the Vietnam War), it’s a theme I think your professor will probably treat to a great extent in that course.

I guess years ago if the press saw something that might embarrass the President they might just sweep it under the rug and it wouldn’t be mentioned. Now, three wrong words can destroy a career because they (the media) won’t hold back.

“Did you share the same fear of communism in the USA?”

I don’t think the so-called protests or the antiwar movements were necessarily pro-communist, they were not. They had no, I think, reason to be. Many (protestors) came from wonderful upbringings in the US here. Nothing was wrong with their lifestyle; I guess the War was dragging on too long and costing too much – perhaps in the way of human casualties.

“What do you think most of the negative feelings originated from?”

Eleven years, twelve years, of US involvement. That was too long. It just dragged on too long and I think that generated most of the negative feeling here. And also, I guess when it was over (the War) it was the hope that just like when World War I ended, that this would maybe, bad as it turned out, be the War to end all wars. And unfortunately that never is [the case].

“Were there any pre-conditions of the US that aggravated the effects of the war during this time?”

It was a decade of tremendous tumult, starting even a bit before. A large commitment of forces to Vietnam, the assassination of President Kennedy, it was an incredible shock.

You remember the 2001 Trade Center ten years ago, ok. The feeling that people had for that, if you can remember that feeling, that’s the way that people felt in 1963. And the Civil Rights Movement here; and then Vietnam. So much was happening that people weren’t used to, having come from ending a decade by comparison [that] was called something of great tranquility. It’s part of a tumultuous time. There were other things going on too that left some lasting changes here.

“Do you have any recollections of the Laos bombings?”

I’d have to say not strongly enough. I can only remember a speech President Nixon made something about bombing or incursion to what’s called the Parrots Beak region, you’d know much more about this. You can’t escape the fact that you have that brain that causes you to and allows you to evaluate that. That’s why you hope that there will be no more Wars so you wont have to make such an evaluation again.

“In general, what do you think about the domino theory?”

The communists were very, very determined. They simply wanted to spread their particular way of life. I guess I’d have to buy my way into that (the domino affect), they didn’t stop until the Americans had to leave, even.

“Did you feel any kind of cultural impact from the green berets during their generation?”

Depends on who you’d be asking the question to I guess. A sizable amount of the American public, you know, certainly was continuing American involvement there and I guess they would see these (the Green Barets) as heroic figures. In fact, there’s a popular hit song by Staff Sergeant Barry Saddler. Certainly anybody who served and put themselves at risk has to be commended even to this day. They went and served their country and did the very best they could. But for many who weren’t exactly enthused about the War, it was just part of the whole picture that we wish would kind of be over with.

This entry was posted in American, Antiwar movement, Civilian, Laos, The Draft and tagged B.R. Parks. Bookmark the permalink.

Barnett R. Parks is a working optometrist as well as an alumni of UCLA. Though he did not participate in the Vietnam War, he was the same age as many of the soldiers fighting at the time. During his years at UCLA he was entered into the draft lottery, but was not selected for service. Nevertheless, the war caused impact onto his life and especially his career decisions. He wanted to study in the field of medicine, but due to repercussions of the war, he opted to study the field of optometry instead. He still remembers the Vietnam War period clearly, such as the protests that happened in his university and the news and the images in the media. Fortunately none of his relatives or close friends were injured or killed due to the war, but like many people alive during that time he holds a negative opinion about the war. Mr. Parks currently has two daughters and is still working as an optometrist.

Daniel Kim is a 5th year senior at the University of Southern California and is majoring in Biological Sciences.

Richie Bumi is a senior at the University of Southern California and is majoring in Business Administration with concentration in Corporate Finance.