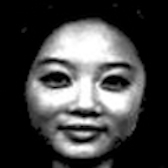 Interviewer: “When did your parents immigrate to America?”

Annie: “I actually don’t remember the specific year and they would kill me for that because it’s really important and they actually celebrate every year when the date comes around, but I want to say sometime around 1970’s. Late 1970’s.”

Annie: “They were actually really different. My parents had really different experiences. For my dad’s family, my grandpa was originally from the North where the grand scheme of Communism was brewing from the beginning.

They had to migrate a little further South to avoid getting caught up with that. But because he was originally involved with the government in the North, he was able to get transportation for the rest of my family excluding himself from Vietnam to the US in a more expedited manner.

Where as, my mom’s family from the South but because they didn’t have the same government connections that my dad’s family had, half of my mom’s family is still in Vietnam and the half that came with her to America came by boat.

All I’ve heard are all these tragic stories about how half the people who got on the boat did not get to America. They either died or got sick and then died, or starved and then died, or there wasn’t enough water. Just really horrific stories.”

Interviewer: “And did you notice at all if your mother had a hard time talking about these horrific experiences or was she very open about sharing her experience with you to help maybe show you her past and your culture’s past. Or was she more silent?”

Annie: “I would say she was more silent about it. She didn’t really bring it up willingly. If anything, it was like ‘You got to be good enough and this is why it isn’t good enough. We’ve sacrificed so much and we’ve been through so much to bring you here to be able to be born and raised in an environment that’s different from what we had to go through. This is what we had to go through .We were on a boat, we were on the hold. We couldn’t go onto the deck because it was illegal at the time.

Interviewer: “And can you talk a little more specifically about why your parents and their families chose to leave and come to America. I know you mentioned that your mother left on a boat and your father and his family left because of government connections. Did they leave because of the rising tensions or because of post-tensions?”

Annie: “Both. From what I’ve heard and I”m sure you’ve heard the same, that the post-tensions of the war were a lot worse. And it’s true. And my mom says all the time that they were lucky and really smart to have left when they did because, like I said, half her family is still in Vietnam. They were subject to  everything that came after the war. The aftermath. Just comparing their experiences, she thinks that it was definitely a good time to leave when they did.”

Interviewer: “Do you feel any cultural disconnect or tension at all as a result of that separation?”

Interviewer: “No not personally, just in general”

Annie: “No, there is definitely a cultural separation, but I wouldn’t attribute that to tension. I think a lot of it is that…a lot of the Vietnamese Americans who live here now still feel a sense of bitter resentment towards the war. But they also acknowledge the fact that we have taken refuge here in California in the United States. So just, not to seem ungrateful I guess, that we are taking advantage of all the opportunities that are here now, but at the same time I guess that legally we are allowed to voice our opinions now. A lot of that contributes to people keeping their beliefs about the war alive. Because in Vietnam its very hush hush still. Nobody brings up the war. Even in the south where my mom is from where we visit, they don’t talk about it much because communism is still very much alive even in the Republic. And its just not something that is socially acceptable back there to talk about. So I feel like because we have such a dense Vietnamese American population in Orange County it is easy for them to keep the bitter resentment alive and I feel like that might contribute to why the community isn’t as well integrated as it could be with the rest of the United States.”

Interviewer: “Speaking off the sentiment that your parents and you sort of feel about this notion of silence, do your parents themselves having gone back to Vietnam before, do they feel different about Vietnam now that they are American?”

Annie: “I think that for my parents personally because they came here at a relatively young age, I want to say that my mom came here when she was 17 and my dad when he was 19, that they spent a lot of their life here and I think that for them home is America now. I guess their roots will always be in Vietnam, like their homeland will always be there, but they’re not as attached as a lot of other Vietnamese Americans. For example, I have two of my aunts and uncles who live here now, or I guess who have lived here until recently, have decided to move back to Vietnam because they are still very much attached to the homeland and my grandma is there now, she moved back as well. So, I think, I guess the more time they spent in Vietnam regardless of the culture and environment they still feel a stronger sense of attachment.”

Interviewer: So you mentioned just now that you visited relatives south in these more rural areas. How do you think that those relatives’ lives in Vietnam compare to you life here in America?

Annie:  It’s definitely different. When I went back to visit, the first thing that my parents told me were, you’re going to have to learn to share and being raised as an only child that was like a new concept to me but I remember, when we left for the airport we had more cardboard boxes than we did luggage and you’ve probably seen at the airports a lot, Asian people traveling with cardboard boxes, its just because there are so many things when we do go back that we have to bring back with us and its not like, its not souvenirs from America, its not like a ‘I Heart California’ T-shirt or like a mug or something like that, we bring like shampoo and conditioner, toothpaste and like everyday amenities because, one, it might not be as simple or practical for them to get it there and if they even could acquire it, it wouldn’t be the same kind of quality and it would be a lot more expensive given inflation. So it’s completely different, I mean, people sleep with mosquito nets everywhere because it’s so hot and humid and just, like, the houses have to be elevated but they’re still low to the ground if that makes sense at all, just because they have to be aware of so many things and its really different.

Interviewer: And what year do you remember you family and you went to Vietnam?

Interviewer: So obviously both these years are well after the conflict has ended and you still feel that a lot of people outside the touristy areas need this kind of help getting back up to day-to-day life, just basic amenities such as shampoo, do you think they still need that kind of help?

Annie: Correct, there are actually so many street-beggars in Vietnam, like, we think we have a really big homeless problem over here but it doesn’t compare at all. There are just so many and they are really smart, the people who beg on the streets. They can tell just by looking whether or not you are a native Vietnamese person or not and I’m sure its actually really easy to tell, I don’t know why I’m so impressed, but it’s really different. To be honest my family in Vietnam would warn the rest of us when we could come to visit, ‘I know you feel bad but try not to give them too much money because they’ll just keep coming back for more,’ so there is a dire need, there’s never enough what they have there.

Interviewer: In terms of talking about your community then, aside from the memorials, you’ve mentioned that most people that live there are also Vietnamese.  Do you feel that the native-born Vietnamese in that area treat you any differently because you are Vietnamese American?

Annie: I mean, I want to say yes, but that might just be a natural language barrier.   I don’t think it’s because I was born here.  I think it’s just because I was raised and schooled in an American public system.  So, English is my first language.  Vietnamese is my second.  And a lot of people are really really taken aback by that I guess, because the common assumption is that because “we’re Asian” and whatever language or ethnicity is ours like Vietnamese, Korean, Chinese—that’s our first language.  That’s not true.  A lot of us are actually born here, and again, because I was born here, English is my first language.  My Vietnamese isn’t as good as my English.

Annie: That’s a really hard thing for me to say, but I would have to say yes.  I mean, I do have my Vietnamese heritage but I think at the end of the day I identify more with being American, because I was born and raised here.  That’s just the simple fact of it.

Interviewer:  And whenever the war does come up then, as someone who does believe you were born and raised here, you are American.  But at the same time you were raised with this Vietnamese culture and your parents having had (or more your parent’s parents having had the experience that they had) do you ever feel any sense of conflict between being American and being Vietnamese whenever anyone brings up the war.  Or is it something that doesn’t really seem like an issue?

Annie:  I wouldn’t say that it definitely doesn’t feel like an issue to me, but I feel that a lot of the times my responses to the topic whenever it would come up can probably be misconstrued as leaning towards that position.  Only because there definitely is a conflict—because again I identify more with being an American—but I have just the cultural pressure of how everybody in the Vietnamese community that I am surrounded by is still very left embittered by their memories of the war, and if not their memories, then their ancestors’ memories.  And I feel like I am obligated to feel the same way, so if the topic ever does come up, I am just left so conflicted that I would rather just not say anything at all, because I can’t really pick a side.

Annie Le is a Vietnamese-American who was born and raised in Southern California near a largely Vietnamese area. She currently attends the University of Southern California as a pre-health Biology and Psychology student. Her parents are both immigrants from Vietnam who left their native country as a result of the post-war tensions in Vietnam. Half of her family now lives in the United States while the remaining half lives in Vietnam. Growing up, Annie could sense the lingering tensions that surrounded the Vietnam War. In her interview, she discusses how this silence and reluctance to talk about the past has affected her life over the years.