My Mom Was Part Of The Killing Fields 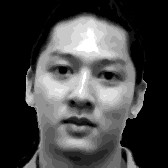 They bombed her city

My mom was part of the killing fields [under the Khmer Rouge], she was captured as a child.

They bombed her city [possibly referring to U.S. bombs, shells from the U.S.-backed Lon Nol regime, or Khmer Rouge artillery], Phnom Penh, and she was running away from the bombs, literally, and she could see the city being bombed and ransacked by the Khmer Rouge, and they [Khmer Rouge] captured her as she was running away. They all took different people, as the people from Phnom Penh were running away. She was separated from her family. She said she could remember she was about 9 or 10 years old at the time and she never got to see her brothers or sisters again. And she was separated from her parents as well.

And so when she was caught in the concentration camps she witnessed a lot torture. They didn’t do a lot of things to the children, my mom said, they kept the children alive and tried to feed the children. But she saw a lot of death and she said a lot of times when she would hear torture or somebody dying, they would disappear and that’s how she knows they were killed. And that’s how you hear about the killing fields. They used to just take people, she said, to the fields, and they have a ditch or a hole and they would just tell them to turn around, and shoot them in the head, from the back, and they would fall into the ditches. Other people from the concentration camps she was in would come back and be missing finger nails and toe nails. And friends that she made, the older adults, would die, and that really took a psychological toll on her.

Once the Americans liberated the concentration camps [historically inaccurate; The Vietnamese invasion in 1978 caused the Khmer Rouge to fall, although they were not necessarily there as liberators. The U.S. did not liberate camps.] that my mom was put into, she was forced to walk to the next refugee site. And so she was a child, probably captured for months already and they forced her to walk to Thailand, to the closest refugee camp that she could find. And so when she was able to walk to the refugee camps with other people from the concentration camps, she found her parents and her other brothers and sisters. During that time they would have to travel through the woods, the forest, and various other terrain. And they would lose people because sometimes bandits would capture other people who were a part of the traveling group or people were too sickly to make it or couldn’t make the journey from the concentration camp.

The Transition To America

[youtube=https://www.youtube.com/watch?v=jX8FDAUHLPU]
When my mom was sponsored as a refugee to come to America she had a lot of issues assimilating to the culture. She told me her first experience on an airplane she didn’t know what a toilet was. And so when she saw a toilet for the first time, she got on to the toilet and squatted and didn’t know you were supposed to sit on the toilet. So she wasn’t used to all the luxuries and the lifestyle of what America was verses living in a third world country.

When she came to America she landed in Texas and a family sponsored her and she moved to Washington with her brothers and sisters. One brother and one sister were able to come with her and live with her and become a “family” with her. The interesting part was, when she was in the refugee camps they had to take someone’s identity because it’s in order of who’s sponsored first. And so the family that wanted to go, no longer chose to go to America. And so she took the identity of three people that fit the closest age in her family to the families age and identity that they took over. And so some people were her “pretend” parents and she had to take a fake age and fake name so my mom was actually five years younger than her own age. So she was “17” on her visa for the identity that she took but she really was about 11 or 12 years old she said at that time.

So when she came to America the transition was very difficult because she was put into high school classes when should should’ve only been in middle school. So my mom was about 11 years old and she was considered a junior at that time. So she failed out of school because she was only 11, 12 years old taking junior level courses. And it was also very hard for her to assimilate because she didn’t speak any English. She moved to Washington which was predominately white. She went through a lot of bullying. It was hard for her to find a job. Once she landed she had no ability to have any income because she didn’t speak any English so nobody would hire her. And so she tried to work in the strawberry fields instead. She didn’t need to learn English or anything she just picked strawberries as a child.

The people that she lived with, the foster family that took care of her were actually very very cruel to her. They would take my mom’s money and not feed her. All my mom told me she ate, for years at a time, when she was in “high school,” was soy sauce and rice every day, and sometimes they would give her eggs. They would hide the food that they made from my mom and not feed her and when my mom finally tried to buy clothes they would take her clothes. She said she had only two sets of clothes in her entire high school life. She had to wash them every day, hand wash them. And then she slept on the floor so she tried to save money to buy a bed. And when she did save enough money to buy a bed they ripped the bed from underneath her.

And so coming to America my mom did not think it was gonna be as unpleasant as it would be. During classes she said that she remembered a time in PE she would play soccer and the students would kick the balls in her face and throw them at her. And she knew very little English and lot of people would tell her “go back to your country” and such and my mom just tried to be mentally strong.

[youtube=https://www.youtube.com/watch?v=qr5B0cp70KQ]
So in 2007 I returned to Cambodia with my mom.

Cambodia wasn’t really any different from when she left in terms of the political system and their corruption.

And so my mom said that it wasn’t really any different than when she left and that she’s glad that she left. Because she found much better opportunities and much better justice system.

And being able to make your own opportunities and path in life. Because back in Cambodia if you were born in a poor family you are going to be part of a poor family for life.

You Can Change Your Stars

[youtube=https://www.youtube.com/watch?v=e6pB2dltKuU]
My mom hasn’t really mentioned about how she feels about what the people in charge of the Khmer Rouge did to her at that time. I think she’s more so glad that its kinda odd to say, but, even though it happened and she went through a lot of turmoil, it brought her to a different place with a better future. I don’t think she complains about what happened to her.

But she would probably like to see those people see a more severe punishment for it. And I could agree with her too. I do think that it was for the betterment of my future being born in America because of all the events that happened and my mom being able to come to America. But I do still believe that they should be punished as well.

The biggest take-away I get from my mom about being in America and how she journeyed to America and what her goal was to come to America, was just about opportunities and taking advantage of them. Because I know back in Cambodia, as I mentioned, if you’re born in a poor family you’re almost stuck to a poor family. There is no way to get out of that system. Here in America, maybe I’m not as affluent as I can be but I was fortunate to get a scholarship to come to USC, I know it’s a very expensive school. But that’s what its about, making your own opportunities, paving your own path, working hard. It’s a merit system and I think that, as much to an extent of what we call a merit system is, its ideal for me and my family to have a better future because of it and that’s the biggest take-away I have from my mom. She used to say, “you can change your stars coming to America,” and you can’t do that back in Cambodia.

Andy Ngo was born on December 3, 1992, and grew up in San Jose, California. Although he does not have any direct experience with the Vietnam War, both of his parents lived through the war and were refugees. Andy’s mother is originally from Phnom Penh, Cambodia which was the site of the secret bombing missions by the United States government, while Andy’s father is from Saigon, Vietnam. Growing up, Andy’s parents were always open to talk to him about their experiences inside the re-education camps, both in Cambodia and Vietnam, and what it was like when they escaped to Thailand. Because of his unique indirect experience, Andy provides valuable insight as to how some of the first generation Vietnamese-Americans perceive the war. Andy is currently a senior at the University of Southern California and hopes to one day become a doctor.